Tale of Many Gamers: Chris' Update and Battle Report!


Bard: And worth a King's ransom... how is this yours to give? Bilbo Baggins: I took it as my one-fourteenth share of the treasure. Bard: Why do this? You owe us nothing. Bilbo Baggins: I'm not doing it for you. I know that dwarves can be obstinate and pigheaded and difficult. They're suspicious and secretive, with the *worst* manners you can possibly imagine. But they are also brave and kind, and loyal to a fault. I've grown very fond of them, and I would save them if I can.

Chris - Well then, February is rapidly drawing to a close and I'm quite happy to reveal that I have completed my month 2 goal. I had to paint up almost the same amount of models as month 1 as it's an entire warband led by the Ring-bearer himself.

(Sam - I also managed to finish my target of Bolg and a Gundabad Ogre for this month. Thanks to Chris W from MSWG for going all the way to Warhammer World to pick the ogre up for me. I'll detail my 400 point army in another post. Now...let's hunt some tramps!)

Posted by Midsussex Wargamers at 09:10 No comments:

Tale of Gamers: Lord of the Rings January Update

''Death! Ride, ride to ruin and the world’s ending!” 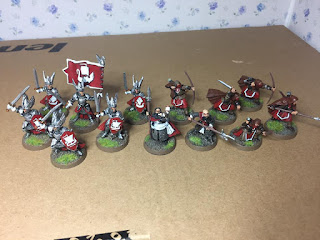 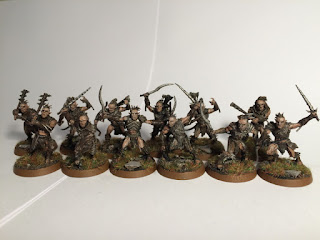 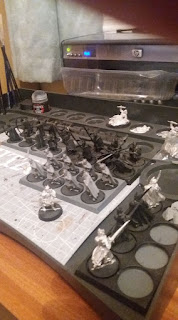 Posted by Midsussex Wargamers at 14:11 No comments:

''There is only the Emperor, and he is our shield and protector.''

''Here we go my kill team 200 points exactly wraith guard with wraith cannons and a viper with shuriken catapults and shuriken cannon. I call them the bullet magnets as no-one seems to like them much...'' 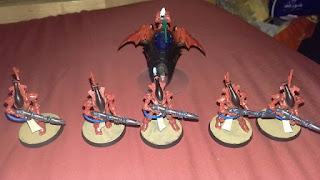 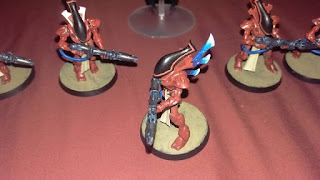 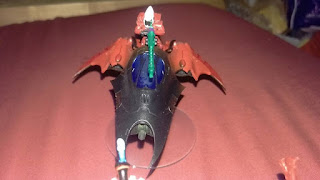 Month 1: tau kill team the the Ria'dras sec has arrived. 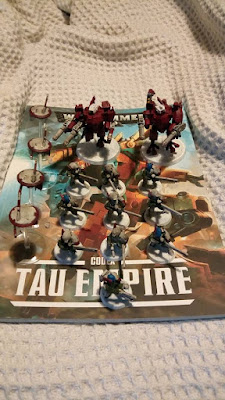 ''From out of the wastelands the Death Guard March to war, ancient warriors garbed in hideous corroded, rotting power armour stride forward claiming this land as there own as a tribute to their master Papa Nurgle!'' 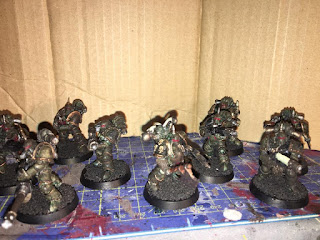 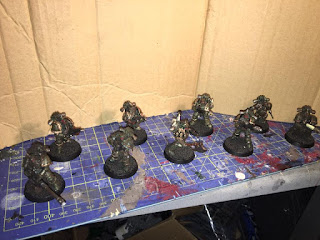 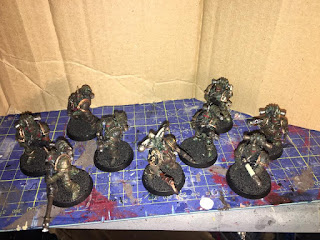 ''A shadow hangs over the Grinsteadus system. Rumours abound that The Stranger; a notorious Drukhari Pirate Vessel, has been sighted in neighbouring systems. Drukhari scouts have been glimpsed across multiple worlds. One such band has been confirmed to be stalking the equatorial shrub-land of Grinsteadus Prime. Pray they don't take you alive... 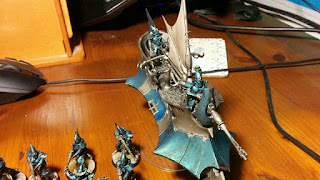 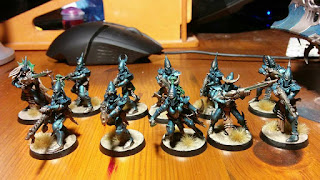 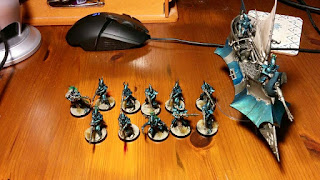 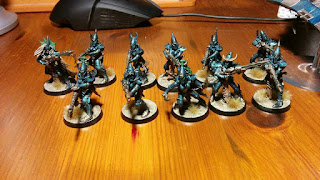 Month 1. Kill team.
''I wanted to create a space wolf army that was turning to chaos. I decided to keep the colours very dark and add lots of skulls and spikey bits. Using the wolves codex gives me lots of conversion options.
My list:
Lone wolf with 2 fenrisian wolves and power weapon.
5 grey hunters with meltagun.
3 swiftclaws with flamer. 196 points'' 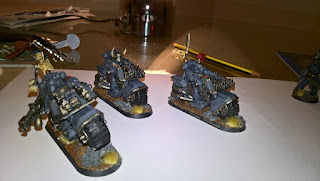 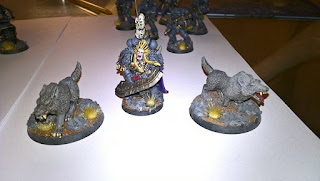 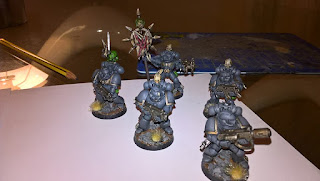 ''Finished just in time are 200 points of Skitarii! 5 Rangers with a refractor field on the Alpha, and 10 vanguard with 2 arc rifles. Now, let's go and scout out some ancient tech!'' 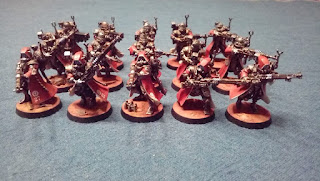 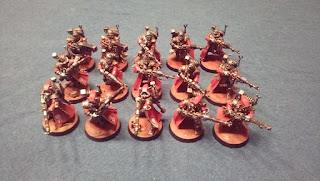 ''Unfortunately, due to the heretical incompetence of Wayland Games (may they burn), I didn't lay hands on any models until yesterday. So here is my first month's contribution!
Technically one finished model, even if the paint is still wet.
I present the first Guardsman of the glorious Vulgard Siege Corps (and regardless of the colour scheme, not traitor guard)...'' 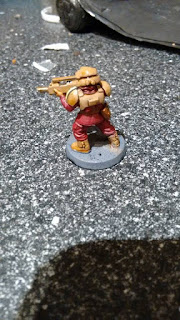 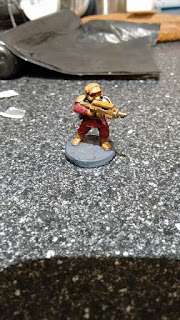 Well that was a mission. Congratulations guys, great effort from everyone. I look forward to seeing these armies progress.

PRAISE THE EMPEROR!
Posted by Midsussex Wargamers at 13:42 No comments:

Recently the club were contacted by David from Middle Earth Models, a godfather and godson duo with over 14 years of designing and creating scenic models of much loved places from J.R.R. Tolkien's fantasy Middle Earth.

If you love all things middle earth, then go check out their page as there is some absolutely stunning scenery. 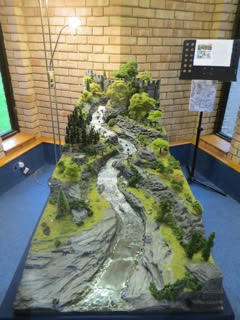 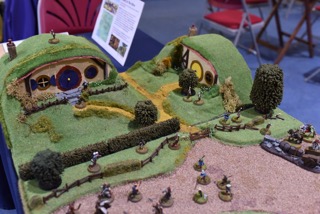 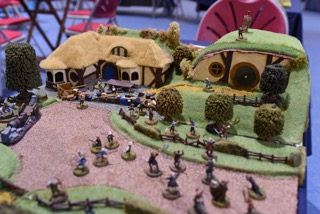 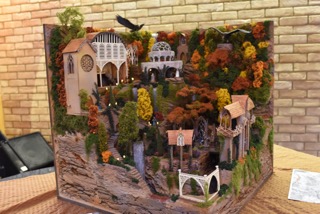 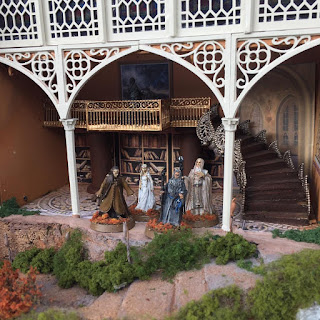 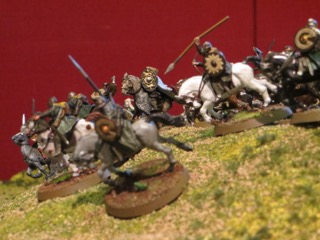 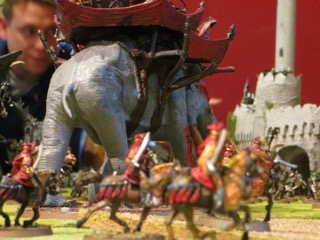 Posted by Midsussex Wargamers at 13:28 No comments: