''Suffer not the Alien to live''

The Kill Team, led by Sergeant Dornus, is sent to investigate possible alien activity on Grinsteadus Prime. The squad specialises in close quarters combat with shotguns and their support weapon specialist is geared for close-up fighting with an underslung heavy flamer on his heavy bolter. Dornus comes prepared for armoured vehicles with a combi-melta and a power sword as a symbol of his leadership. The Rhino protects the squad and keeps them on the move. 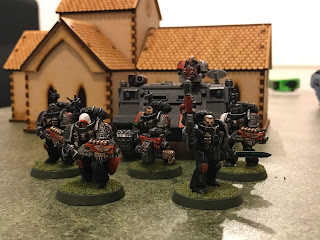 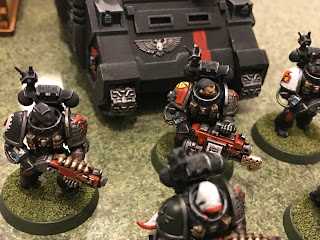 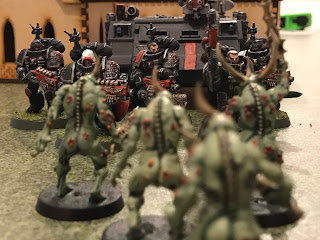 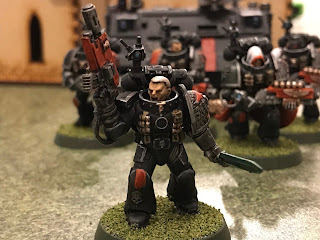 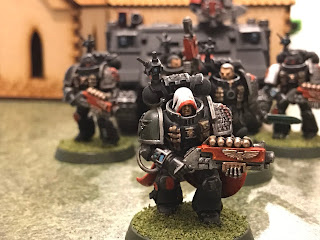 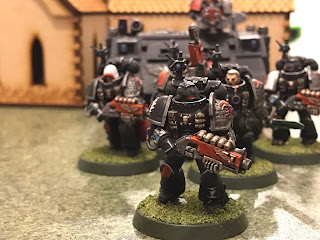 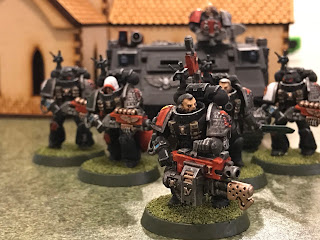 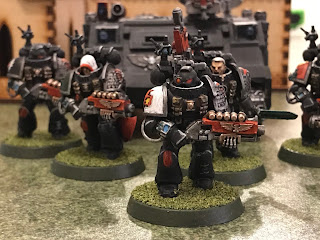 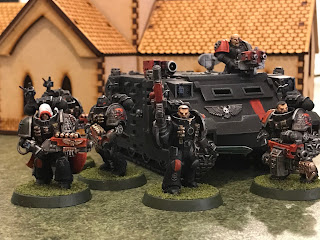 Posted by Midsussex Wargamers at 05:07