Welcome back to my series of articles about forming and painting my Last Alliance Army for WotR.

If you missed my last article ( can't blame you, it was almost 9 months ago), you can find it here. http://midsussexwargaming.blogspot.co.uk/2015/02/forming-last-alliance-army.html

The first regiment for the Númenórians i decided to paint would be a standard warriors. To finish this unit i still have to do a captain & bannerman. 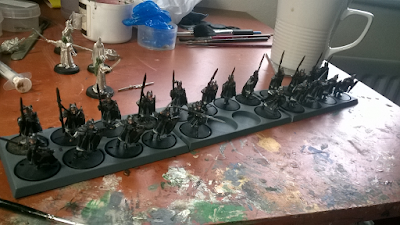 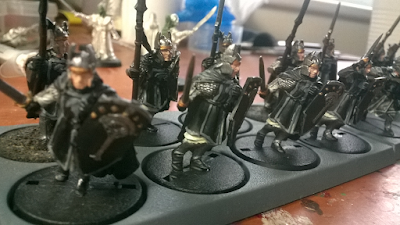 The gaps are for the banner and captain. For this captain i am thinking of doing an Isildur in a black paint scheme and the crown around his helmet filed off to represent his oldest son Elendur.

For the second regiment I decided on it being the king's guard. To achieve a distinctive look but still keeping the same feel as the rest of the Númenórian force, I went with a bubonic brown trim and a red cloak. 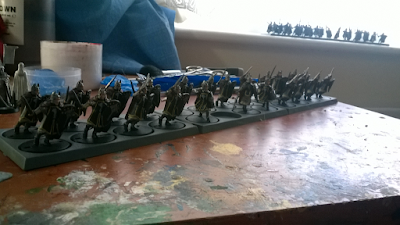 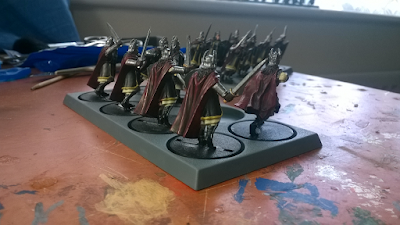 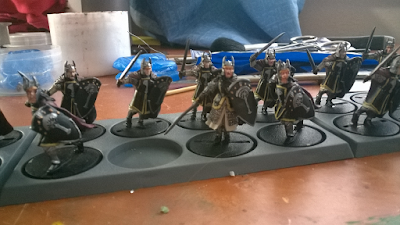 The captain is an Eowyn model with Númenórean head and shield. As with the other regiment it is also awaiting its bannermen.

Keep an eye out for part 3 in the new year when hopefully this army will be fully painted.

Editor Note: Sorry Craig for taking so long to post this, it had got lost in my download folder.
Posted by Midsussex Wargamers at 10:54 No comments: 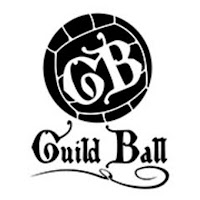 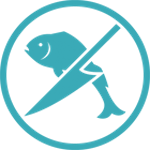 Hi Guys, time for something slightly different today. As of about 10 minutes ago, I have finally finished painting the last member of my Fishermen Guild (that I own).

For those who don't know, Guild ball is a medieval football game set in a pseudo-historical world. It is similar to Bloodbowl but without the Xenos species.
For more information on Guild ball, go here http://guildball.com/

Guild Ball was originally a Kickstarter from Steamforged games and has really taken off all over the world. There are more and more tournaments being held as the game continues to grow.

The Fishermen Guild are one of the first guilds which were announced. These guys are the Barcelona of the Guildball world, they just love to play the beautiful game the way it was supposed to be played. When I was looking to get into Guild Ball, I went for models that sounded and looked coolest. After much perusing of the online shop, I settled on the Fishermen. Who could turn down a guild who could UNLEASH THE KRAKEN!!

So these models are an absolute pain to assemble, some of the worst ones I have ever had the pleasure of owning. Some of the contact areas for gluing/ connecting to the base leave much to be desired but once you get past that, they are fantastic to paint.

I have really enjoyed painting the fishermen guild, it has given me a reason to improve my flesh painting technique. Next up for them will be the players I am missing; Greyscales, Jac and the new player Sakana. I may also get a few union members just to increase the variety.

As you have seen above, I also own the Masons Guild. These guys are great all-rounders and wear a lot of armour which makes them tough to beat up. I will probably try and get these done before I get the next lot of fishermen players.

Keep an eye out for another Showcase within the next month or so.

I hope you enjoyed this brief showcase of my Fishermen Guild. If you would to learn to play, or come to MSWG and have a game, please email midsussexwargamers@gmail.com and I'll be happy to arrange something.


Posted by Midsussex Wargamers at 10:32 No comments: 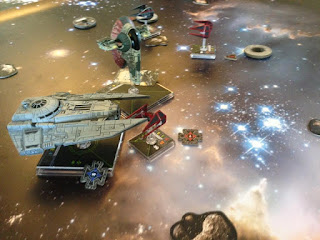 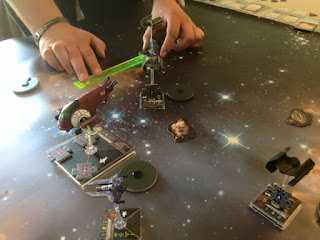 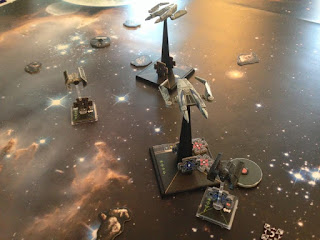 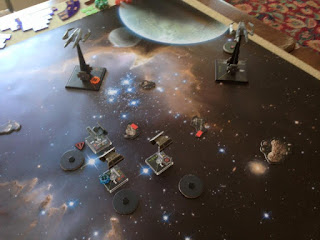 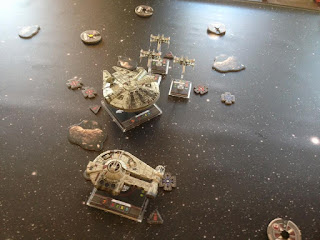 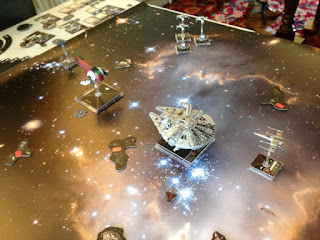 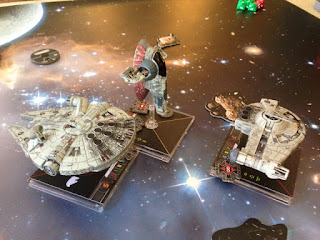 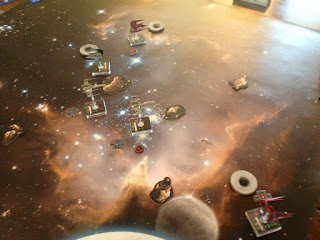 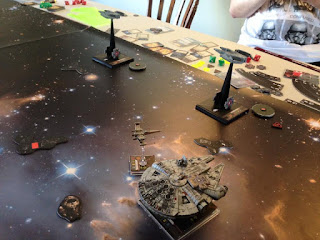 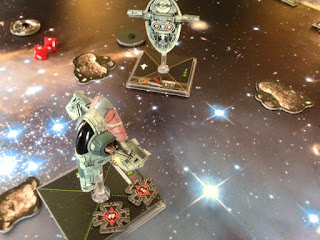 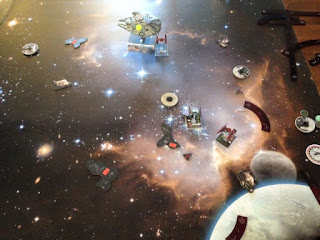 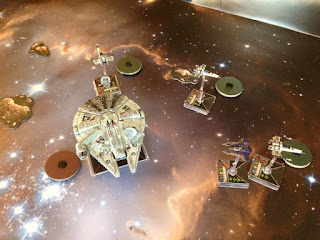 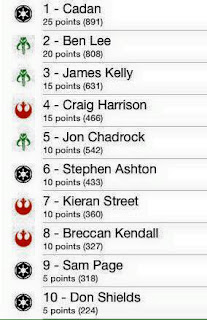 MSWG Sam
Posted by Midsussex Wargamers at 13:12 No comments: