I was persuaded by Mr Ed Ball to attend the Hobbit SBG Open event which was happening as part of Warhammer Fest. 500 points, 2 armies (good and evil), 6 new scenarios. It sounded like a fun event so I signed up. At this moment in my gaming career, I am all about the fun, fluff and theme so I took two matching forces that were so fluffy...

For my good force, I took:

For my Evil force, I took:

I picked these forces because they look so cool on the table top. Who can deny the awesomeness that is the charge of Thorin's Company out of Erebor in The Battle of the Five Armies? That was very much my game plan for this event, just charge headlong into every battle like Thorin would do.

I'm not going to detail every game but I did take plenty of photos. 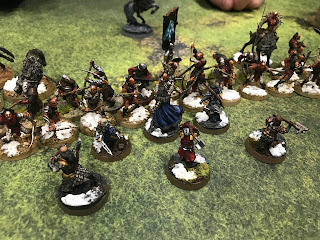 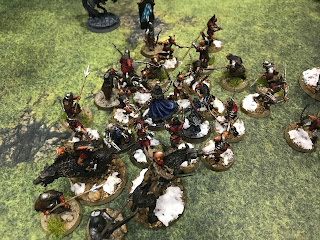 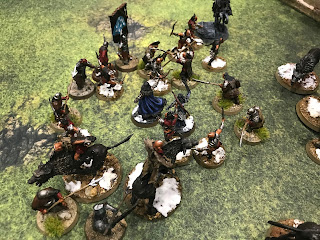 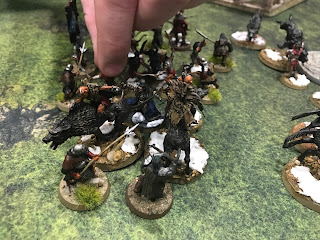 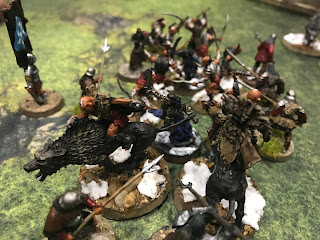 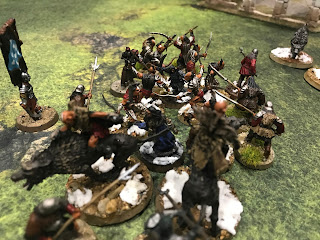 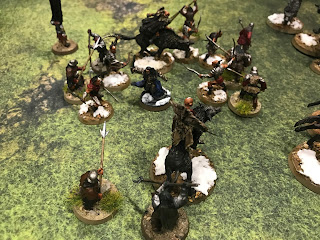 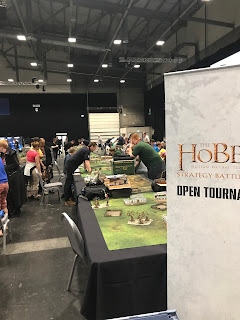 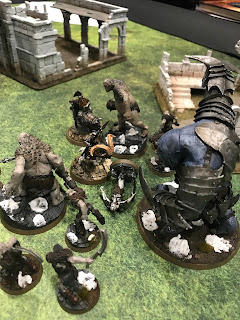 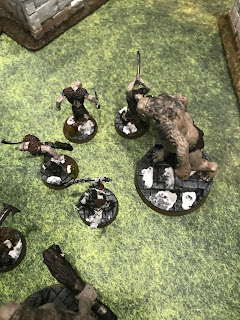 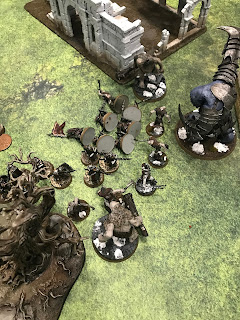 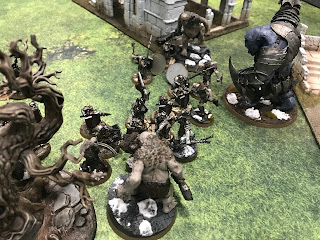 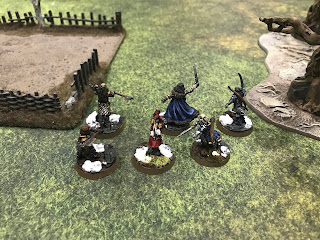 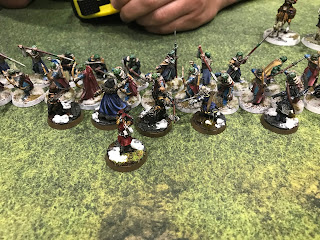 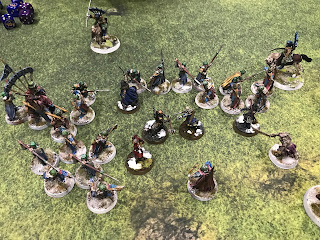 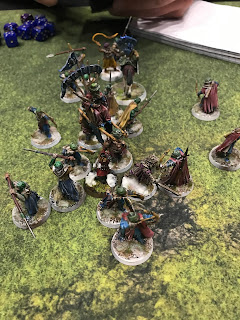 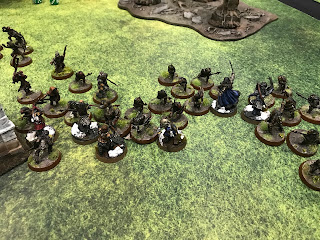 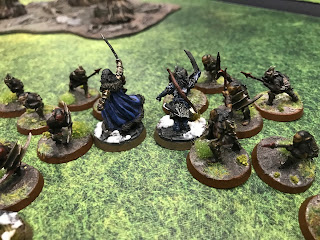 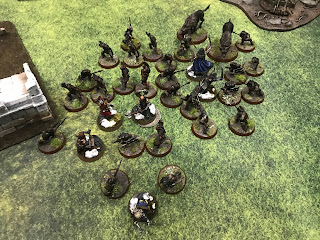 One interesting thing to note was that all the tables were Neoprene gaming mats from Frontline Gaming instead of the Realm of Battle boards we are all used to.
It's fair to say this wasn't my greatest tournament performance but I had so much fun with my armies. 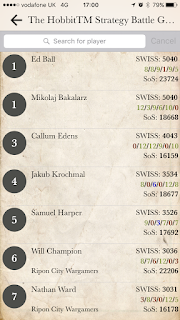 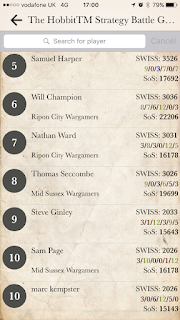 I finished joint bottom, the 'annoyance' being I missed out on the Golden Spoon aware because I had beat Marc earlier in the tournament haha. There were a few issues with the organisation of the event which threatened to overshadow the entire event but the events team tried their hardest to rectify all the issues. Hopefully they will listen to the feedback and learn and improve for next year.

There was also chance to go and talk to the Middle Earth team about all the exciting projects they are working on. As always, there were plenty of shiny new toys in the cabinet. In the seminar with Adam, they also revealed they were working on Goblin Mercenaries, Hilda and Percy. 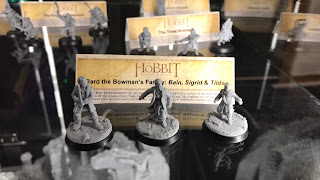 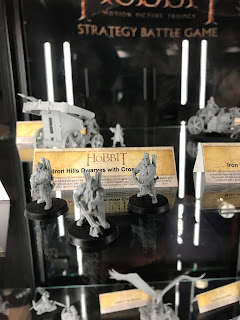 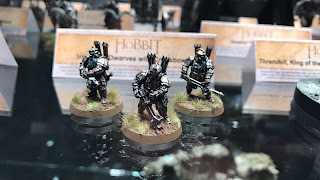 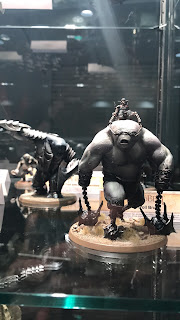 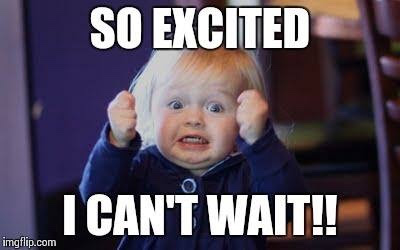